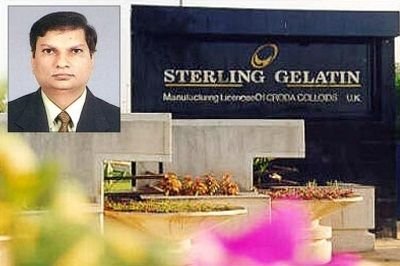 Nitin Sandesara, owner of Gujarat-based Sterling Biotech has been detained in UAE in connection with a Rs 5,000 crore bank fraud. The pharma player has allegedly been involved in wilfully defaulting on bank loans worth Rs 5,383 crore and diverting them for personal purposes of the owners. The Indian Express reported sources as saying that Sandesara has been detained in Dubai on a request from the two agencies and the Ministry of External Affairs (MEA) is now in touch with the authorities concerned there to bring him back.

Nitin Sandesara is a chartered accountant entrepreneur and the head of Sandesara Group. “The Sandesara group is a diversified group with varied interests in high growth industries. We have an estimated group valuation of US$ 6.9 billion and have over 25 years of industrial experience. We have business interests in Pharmaceuticals, Healthcare, Oil & Gas, Engineering, Infrastructure, Onshore rigs, Seismic studies and Oil trading,” says the company’s website. According to the currently available details, it is alleged that Sterling Biotech, part of the larger Sandesara Group took loans of over Rs 5,000 crore from a consortium led by Andhra Bank, which then turned into non-performing assets.

According to the FIR (First Information Report), the total pending dues of the group of companies were Rs 5,383 crore as on 31 December 2016. The Enforcement Directorate has arrested few people in this case including Delhi-based businessman Gagan Dhawan, former Andhra Bank director Anup Garg and Sterling Biotech director Rajbhhushan Dixit, said the Indian Express report.

“The modus operandi of money laundering involved formation of shell/benami companies, manipulating balance sheets, inflating turnovers, insider shares trading, etc. These shell and benami companies were controlled by the Sandesaras through dummy directors, who were/are employees of the various companies of Sterling Group. Bogus sale/purchase was shown between the benami companies and the Sterling group of companies in order to divert loan funds and inflate turnovers to obtain further loans from banks,” the Enforcement Directorate had said in a statement earlier.

According to Sterling Biotech’s website, the company is into commercialization of Active Pharmaceutical Ingredient. Sterling Biotech has a manufacturing facility at Masar, Gujarat. “It complies with cGMP norms complying to the standards of WHO and is in the process of getting CEP for the active pharmaceutical ingredient Epirubicin , Lovastatin,” said the website.

One thought on “Who is Nitin Jayantilal Sandesara? Sterling Biotech owner who has been declared “Absconding””