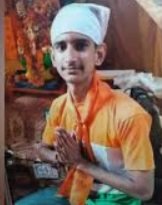 The friend of a Delhi University (DU) student, who was beaten to death allegedly over an affair with her in Delhi, has claimed that the victim Rahul Rajput was killed after proper planning.  Rahul was a BA second year student, who also used to give English tuition to students. He used to live in Delhi’s Adarsh Nagar area.

“Around 6 o’clock my cousin called me and said that he was unable to get in touch with Rahul on phone. I told him that Rahul’s mother had sold his phone and he does not have a number. My cousin asks if you have another number then give it. I gave Rahul’s aunt’s number to him. Within 2 minutes of receiving the number, my cousin called on Rahul’s aunt’s number and they both talked to each other on phone. MY cousin tells Rahul that he wants to meet him for for 5 minutes to talk about tuition. After this the call was disconnected,” said the girl.

“Rahul asks me whether to go and meet my cousin or not. I said that it’s a matter of 5 minutes, let’s go. Then I went out and called my cousin after Rahul asked me to do so. The cousin arrived at the spot after 5 minutes and starts hitting Rahul. I tried hard to save Rahul but could not save him,” she added.