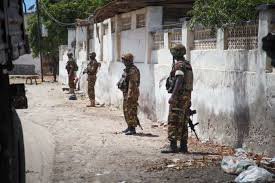 A Jaish-e-Mohammad (JeM) militant was arrested and arms and ammunition seized from his possession in Pulwama district of Jammu and Kashmir, police said on Wednesday.

A JeM militant was arrested in Satura village of Tral area of the south Kashmir district late Tuesday night, a police official said.

He said the militant was apprehended by the security forces at the Satura crossing when he was found moving under suspicious circumstances.