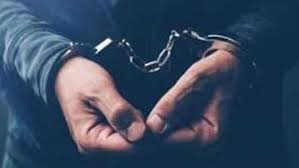 Hours after two seers (sadhus) were found strangled to death in Maharashtra’s Nanded, the police have arrested a person Sainath Shingade from Telangana in the case.

According to the police, the accused was trying to run away with the dead body in the trunk of his car when his vehicle crashed at the gate of the ashram.

The accused is then said to have stolen a bike and fled from the scene. He left behind a laptop and around Rs 65,000 in the car which he allegedly stole from the sadhus.

The police suspect that the accused wanted to stage a scenario that the seer had left the village.

On Saturday, the bodies of the two seer’s were found inside the ashram near the bathroom of the house. The deceased sadhus have been identified as Balbrahmachari Shivacharya and his accomplice Bhagwan Shinde.

The police suspect that the accused had entered the ashram with an intention to steal and had managed to loot Rs 69,000, laptop and other valuables from the victim’s bedroom including his car keys.

As Shivacharya tried to grapple with the robbers, they strangled him and his accomplice to death with a charging cable

They sped off in the monk’s car but ended up crashing at the main gate of the ashram which alerted people and around 8-10 inmates ran outside and saw the attackers jumping onto a two-wheeler and speeding off into the darkness.

Nanded Superintendent of Police Vijaykumar Magar had earlier said around five crack teams have been formed to nab the absconding criminals.

Further investigations are on.