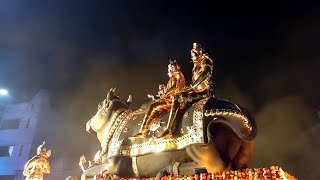 Vadodara,Gujarat: The city unit of the Bharatiya Janta Party (BJP) seems to be under the tight grip of Covid-19 with members of the party right from corporators to Vadodara MP testing positive. The members have been involved in a series of public events in the recent past.
Be it folk and devotional music concerts ahead of Shivratri, a steady trickle of visitors to congratulate those who won in the civic polls and got picked up for key posts or Shivji Ki Savari; BJP members were consistently seen amidst a large number of people. For photo ops and even otherwise, many were seen without masks too.

Letting the guard down now seems to be catching up with party members. The elected members from the party who have tested positive in a week include five corporators, BJP’s Dabhoi MLA Shailesh Mehta, who resides in the city and Vadodara MP Ranjan Bhatt. Former corporator Shankuntala Shinde died after she tested positive for the coronavirus.

Others include former Vadodara mayor Shabdasharan Brahmbhatt and former corporator Harshit Talati. Family members of a BJP corporator too have tested positive even as another corporator tested positive and negative in tests at different times.
BJP city unit president Dr Vijay Shah said to THE INDIA POST, that party members were at risk as they were public figures and attended public gatherings. He added that the party had banned all public gatherings. “Party members can focus on work related to vaccination and other aspects of Covid-19. The mayor has also stated that the visits for congratulating him should be stopped,” Shah added.